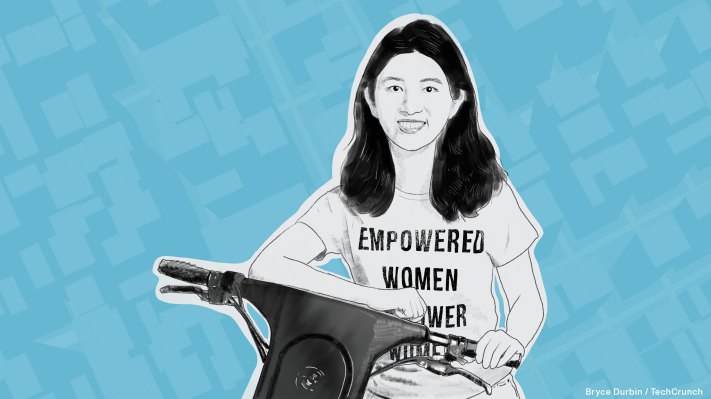 when you think On shared micromobility, Veo isn’t exactly the first company that comes to mind. It’s not as widespread as competitors like Voi, Tier, and Lime, and it hasn’t generated nearly as much of venture capital. But as consolidation and, simply put, bad business shape the industry, Veo has maintained a steady and profitable pace. At least, if you believe CEO and co-founder Candice Xie.

Perhaps best known for its comfortable sit-down scooters and its continued presence in New York City’s e-scooter pilot, Veo has maintained a business model that views micromobility more as a utility and less as a startup. Instead of raising tons of money to expand as quickly as possible in the hopes of achieving a favorable unity economy, Veo has slowly focused on being sustainable, city by city. In June 2021, Veo was in 22 markets. Today there are 27, almost all of them exclusive or limited supplier contracts.

“I really believe that this industry takes time to build, and who survives is the most important. Who can endure all the crazy market turbulence in the long run?” Veo CEO Candice Xie

While VCs may shudder at such seemingly slow growth — the number of cities in Lime worldwide is about 225 — Xie says Veo is on track to maintain a sustainable business that continues to make a profit.

A year after our first interview, we sat down with Xie to talk about what’s going on with all these layoffs, why scooter ADAS isn’t everything it is, and how a sustainable financial foundation can help startups weather the market turmoil. .