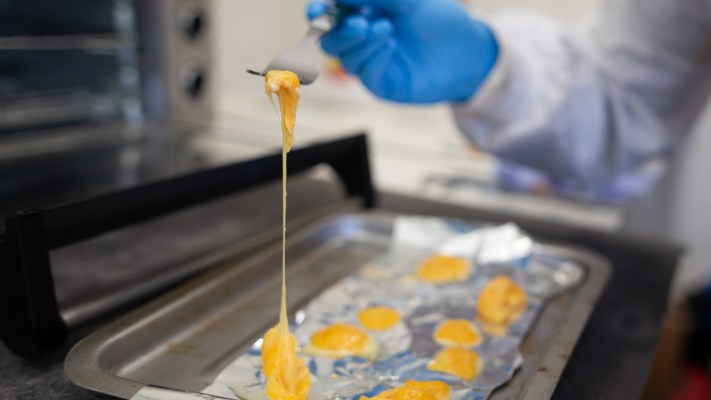 Precision fermentation can be a food tech term that won’t leave you with a pleasant taste in the mouth, but due to technological advancements, investors are increasingly ordering it off the menu and giving compliments to the chef.

This technology – brewing food in huge fermentation chambers – is not new. (If you’re a beer connoisseur, you get it — the precision fermentation technique is similar.) It can conjure up all sorts of foods, from dairy and honey to meat alternatives.

What gets people in the industry so excited is that this technology can create better, more cost-effective proteins than their animal counterparts. The ultimate plan? Reduce dependence on animals as one of our most important food sources.

Agencies and organizations with knowledge of our food supply chain say that “food production must double by 2050” to meet the demand of the world’s population, which is expected to reach nearly 10 billion people. The bummer is that they don’t believe there are enough animals to meet that demand, and alternative supplies must be created.

The independent think tank RethinkX predicts that “production volumes of the U.S. beef and dairy industry and their suppliers will decline by more than 50% by 2030 and nearly 90% by 2035.” The good news is that the organization expects alternatives, including those made by precision fermentation, to cost between 50% and 80% less than the animal products they’re looking to replace.

Who is raising money?

Investors are also excited about the outlook. The Good Food Institute, which researches alternative protein innovation, reported that companies in this sector raised $911 million in venture capital in the first quarter of this year, of which fermentation companies brought in $290 million.

To date, fermentation-based meat, seafood, eggs and dairy companies have raised more than $3 billion since GFI began tracking these investments in 2010. (It’s important to note that there are two types of fermentation — precision and biomass — and GFI’s numbers didn’t break them out.)

Year after year, GFI saw fermentation companies focusing on alternative proteins raise $1.7 billion in investments by 2021, tripling the amount injected into companies in 2020.

We’ve invested heavily in this industry, so let’s take a look at how some of these companies are leveraging precision fermentation.