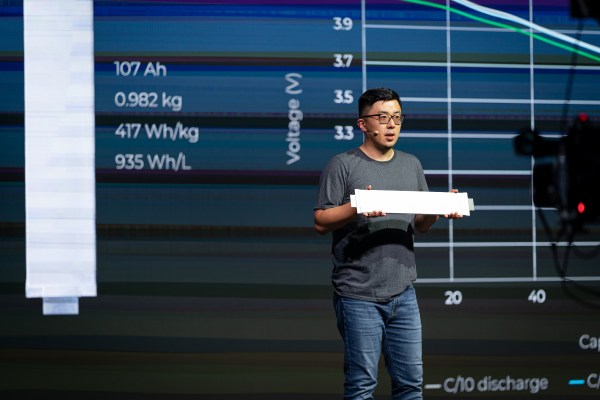 It looks like battery startup SES investors are quite happy with their first earnings report. The company went public in February through a SPAC merger and, to no surprise, reported a loss.

And the investors don’t seem to mind. Shares, still trading below the SPAC merger price, were up 16.7% at the time of writing to $6.15, outperforming broader markets gains earlier in the day.

The company posted an operating loss of $19.2 million in the first quarter. General and administrative expenses accounted for much of that, at $15.1 million, while R&D gulped down another $4.1 million. It reported a net loss of $27 million, or $0.12 per share.

At the end of the quarter, SES had $426 million in cash and expects to have enough runway to enter commercial production by 2025.

Battery startups like SES are all losing money, and it seems the company is losing just enough to stay in the race, but not so much that it would burn out its reserves before it has a commercial product. Developing and commercializing a new battery is a lengthy and costly game, and investors seem happy with SES’s balancing act. Of course, if it spent too much, it risked bankruptcy. And if it didn’t spend enough, it would risk falling behind its competitors.

Investors also seem to be rewarding other battery startups that have gone public through SPAC in the past year, including Solid Power, which is up 10%, and QuantumScape, which is up 13%.

The balance of overheads versus R&D suggests that as work continues on the lithium metal technology, an increasing amount of the company’s cash supply is being spent building larger facilities in the run-up to commercial production.

In an interview earlier this week, CEO Qichao Hu told Marketingwithanoy that the company is continuing to develop its Shanghai Giga site and another facility in Korea, which was announced earlier this year. Currently, the Shanghai site has an annual production capacity of 0.2 GWh, which Hu says is “more than enough” for what they are making now.

“In March, we started building cells for Hyundai and Honda from our factory in Shanghai and for GM from the factory in Korea,” he said.

The company tests these cells in-house and then shares the data with partners. In the first quarter of next year, Hu expects to ship cells directly to auto companies so they can do their own testing.