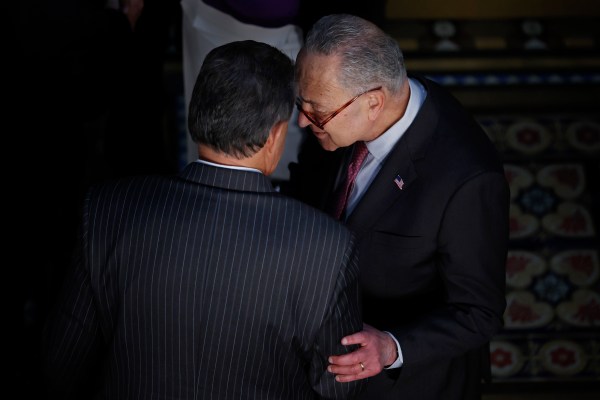 Senator Joe Manchin, a Democrat from West Virginia, pulled a quick one yesterday. After months of resisting key climate legislation, citing inflation risks, he suddenly changed his tune. Last night the climate legislation was back on the table and the chances of it being passed had increased considerably.

While not quite as big, in dollar terms, as President Joe Biden’s Build Back Better plan, the Inflation Reduction Act of 2022 still stands as one of the most important pieces of climate legislation proposed in the US. It would give $369 billion in clean energy, electric vehicles and a host of other climate programs.

Senate Democrats say the bill could cut emissions by 40% (probably below 2005 levels, a measure the Biden administration has used in the past). That’s not enough to keep warming to 1.5 degrees Celsius, the globally agreed level that would limit most catastrophic impacts, but it’s close. According to Climate Action Tracker, the bill would move the U.S. from “inadequate” to “almost adequate,” increasing the chances that the world will be able to prevent the global average temperature from rising more than 2 degrees Celsius.

The bill, at 725 pages, goes into great detail about how the hundreds of billions of dollars should be spent. I’ve gone through the entire text, read the most relevant pages and picked out the main points. If the bill is signed, this is what will drive climate policy in the US for the foreseeable future.